Join In – Wellbeing and sports volunteers

Join In is the volunteering legacy charity from the London 2012 Olympic and Paralympic Games. We are a campaigning organisation whose mission is to bring more volunteers into community sport – 100,000 new and retained every year.

We know how much it costs us to recruit those volunteers, but until recently we had no way of capturing their full value. Hidden Diamonds: Uncovering the true value of sports volunteers is our answer.

Our hunch was that this ‘true’ value was far more than simply how much time volunteers give: What about the benefit they derive themselves? The people they support to be active? The stronger communities they help to build?

And within this runs a core thread of wellbeing; both for the volunteer and for the people they enable to participate in sport and physical activity.

Measuring the wellbeing from sports volunteering

Our survey used New Philanthropy Capital’s Emotional Wellbeing framework, through which we were able to compare levels of self-esteem, emotional wellbeing and resilience between those who volunteered in sport and those who didn’t.

The results showed us that compared to non-volunteers, people who volunteered ranked significantly higher on feeling that they are doing something important, feel a sense of pride and that their life has purpose.

In short, those who volunteered were a lot happier. This alone was no surprise; research into volunteering often makes this point. So what’s different about sport? And how did we know this happiness was attributable to volunteering?

More remarkably we learned that those who stop volunteering retain higher levels of wellbeing than those who have never volunteered, suggesting an element of sustainability to the wellbeing generated by volunteering in sport.

More research is needed, but our findings infer that sports volunteering could be an effective way for individuals to alleviate the symptoms of major societal problems such as isolation, loneliness and depression, all of which impose a significant burden on UK health budgets.

Quantifying the value of this wellbeing

Next we used independent research to put financial values on our findings. Studies commissioned by HACT, New Economy, Mental Health Foundation and DCMS told us that the wellbeing of volunteering plus improvements to mental and physical health added up to £2,974 per volunteer per annum.

But we didn’t stop there. Because we were able to establish a statistical relationship between sports volunteers and sports participants (the ratio of volunteers to members in volunteer-run sports clubs) we could also measure the wellbeing each volunteer helps create for others who participate in sport and physical activity.

Again we are indebted to the findings of DCMS here, whose existing work helped us calculate the increased general wellbeing of sports participants per volunteer at £9,580; and to HACT on whose figures we calculated the value of wellbeing generated from improved mental health at £2,109.

Our goal in conducting this research was to test our hunch that the return on investment in sports volunteers was varied and substantial. In September 2014 the Chief Economist at the Bank of England, Andrew Haldane, made a speech where he said described volunteering as “big business” with an “eye-watering” social value that was rarely the subject of a public valuation.

Ultimately we concluded that each sports volunteer generates a social value in excess of £16k a year – that’s £1.6bn for the 100,000 volunteers recruited by Join In and £53bn when scaled up for all 3.2m sports volunteers in England.

Wellbeing accounts for over 90% of these ‘eye-watering’ figures – a clear message that wellbeing is the core element of the immense social value generated by sports volunteers.

– Read the full Join In report “Hidden Diamonds: Uncovering the true value of sport volunteers”and find out more about Join In.

WALES The Wellbeing of Future Generations in Wales 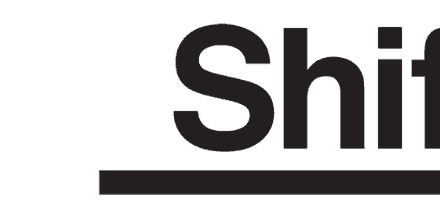 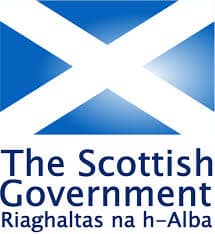