Using UK data from before and after the 2008 recession, our research, found that companies had better performance and wellbeing outcomes than organisations where staff didn’t feel part of a workplace community. This held true during a period of intense economic turbulence.
Companies in the study did better when employees had a sense of belonging, loyalty and identity in their workplace could be key to helping organisations survive economic turbulence.

The UK-wide research, based on the British Workplace Employment Relations Survey, looked at wellbeing and performance ratings from 600 organisations in 2004, before the start of the global 2008 recession, and again in 2011. The results come from the reports of around 8000 staff members and 600 senior managers.

Figure 1: Odds of being in the top half of wellbeing distribution for each group (compared to low identity, high impact of recession group), error bars for 95% confidence intervals. 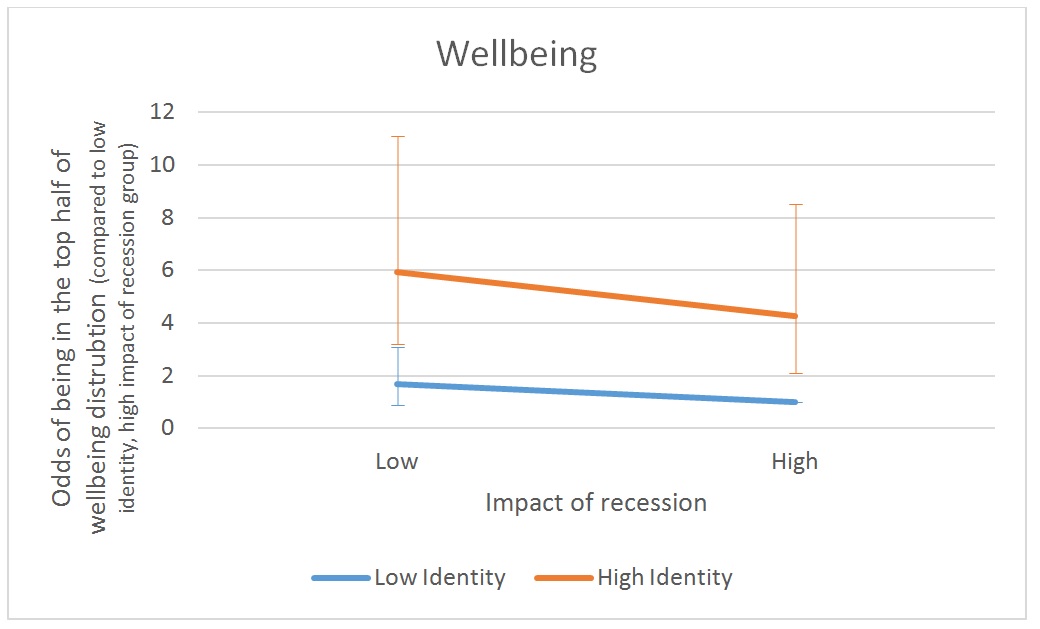 Figure 2: Odds of being in the top half of performance distribution for each group (compared to low identity, high impact of recession group), error bars for 95% confidence intervals. 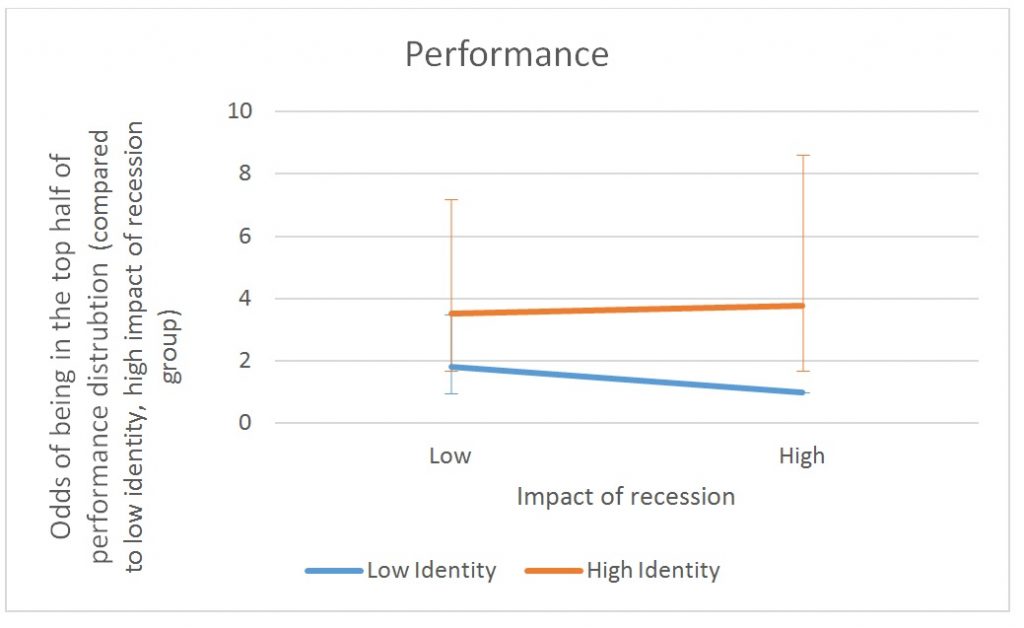 As with any study, there are limitations to these findings: for example we were reliant on managers’ reports of organisational performance, and we were not able to follow employees over more than two points in time.

However, this research reinforces the very many studies that show that this sense of identity at work is good for health, wellbeing and resilience – and it also shows there are benefits for an organisations’ business performance too.

In work environments where people have a strong sense of identity, workers’ share many of the organisation’s values, help one another, and support each other to cope better with adverse working conditions. The research shows that a shared sense of workplace identity provides some benefits for workers’ wellbeing and performance, particularly under conditions of organisational adversity.

Does a sense of belonging contribute to organisational resilience?

As a senior leader with experience at Director level within FTSE 250 businesses, Eileen has supported companies to build purpose-driven business strategies and workplace cultures. She believes that it is a company’s investment in its human capital that ensures an effective bridge between strategy development and strategy implementation.

Moving from ‘silo-based’ to an integrated approach

Returning to work after illness: evidence on improving the experience

Does a sense of belonging contribute to organisational resilience?