Who participates in different cultural activities?

Our reviews on participating in cultural and sporting events and activities have shown a range of wellbeing impacts. This week’s guest blog is from Jane Lakey, former senior researcher in the communities group at NatCen social research*. Here, Jane shares findings from NatCen research into linked data from the four waves of Understanding Society surveys of adults and young people that included questions on cultural and sports participation, undertaken between 2010 and 2015. 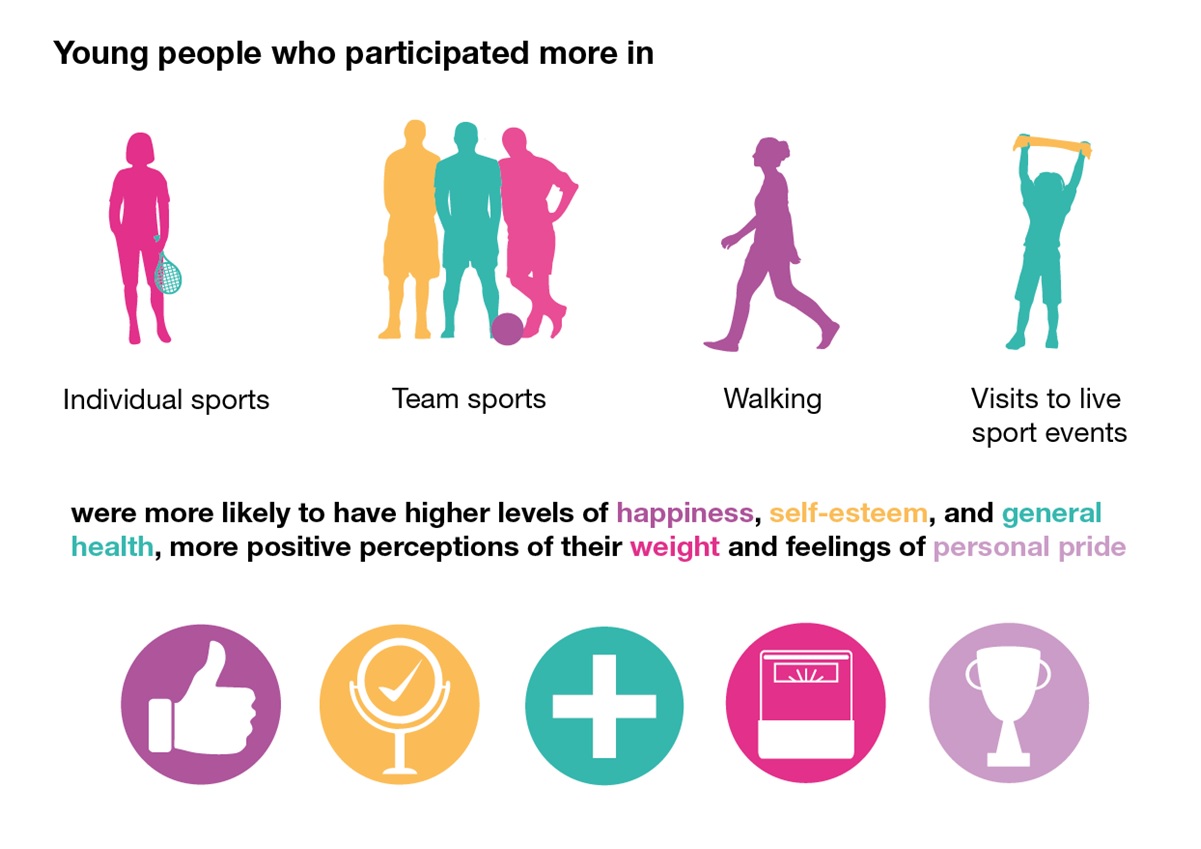 The findings of both reports highlight the importance of social context.

The fact that unemployed adults, those caring full-time for another adult and those of African or Pakistani origin are less likely to visit heritage sites probably reflects a combination of difficulty in accessing such activities for some disadvantaged groups, and variations in preferences for particular activities. For example, although Pakistani and African adults are less likely to visit heritage sites, African adults were the ethnic group most likely to visit libraries, and Pakistani adults were the most likely to be involved in team sports. 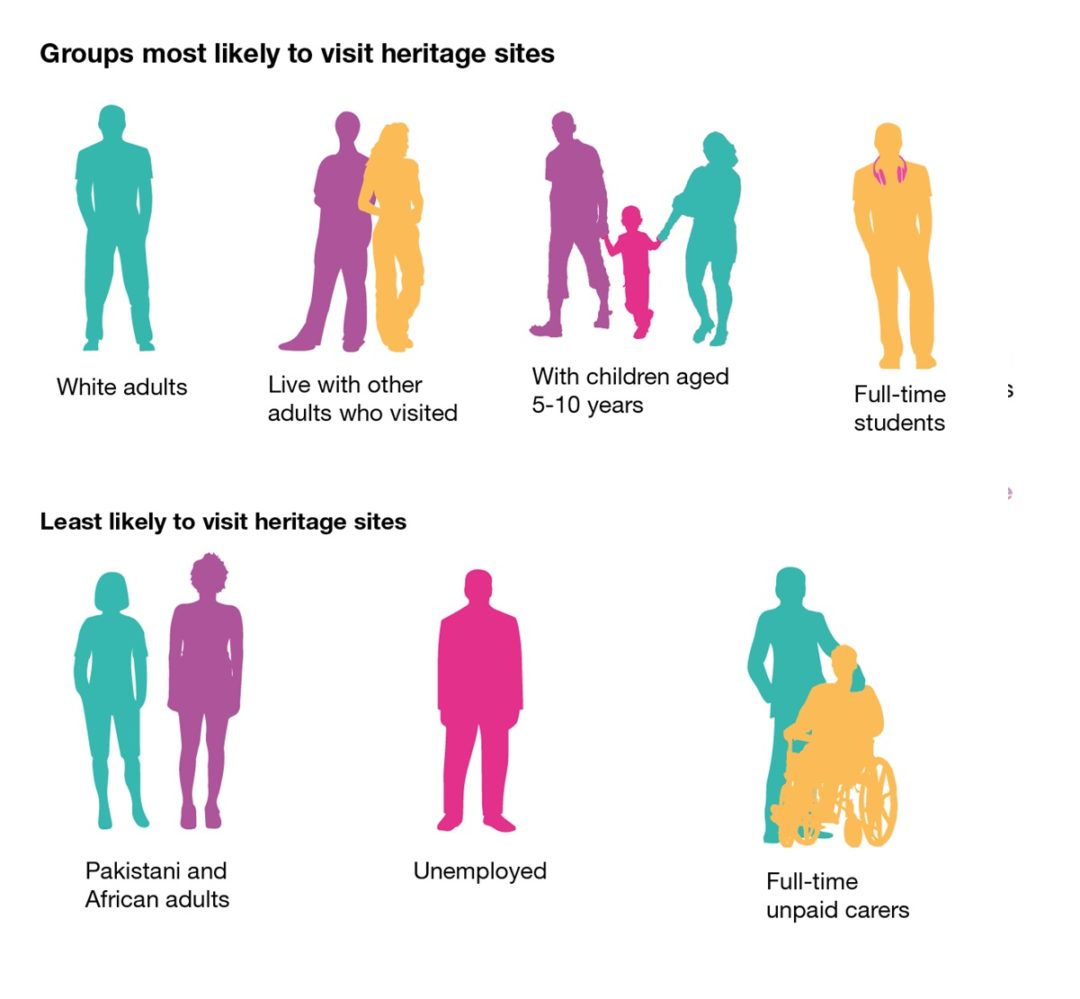 Young people’s participation rates in culture and sports are higher if adults in their households took part in similar activities. This relationship is particularly strong for music, walking, visits to heritage sites and involvement in team sports. 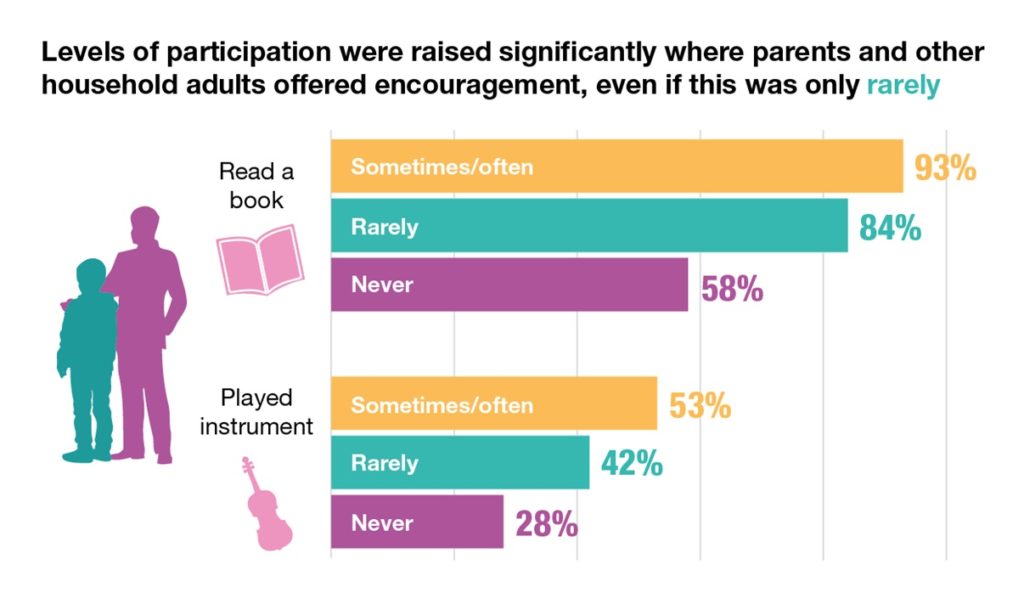 However, evidence suggested that lower income families find it harder to provide these types of encouragement. Young people in poorer households are more likely to say that adults in their household never bought them books as gifts, and never took them to arts and sports events. Participation in many arts activities, including dance, creating visual and computer art, and reading does not vary significantly by household income, but young people from poorer households do have a lower likelihood of playing a musical instrument. 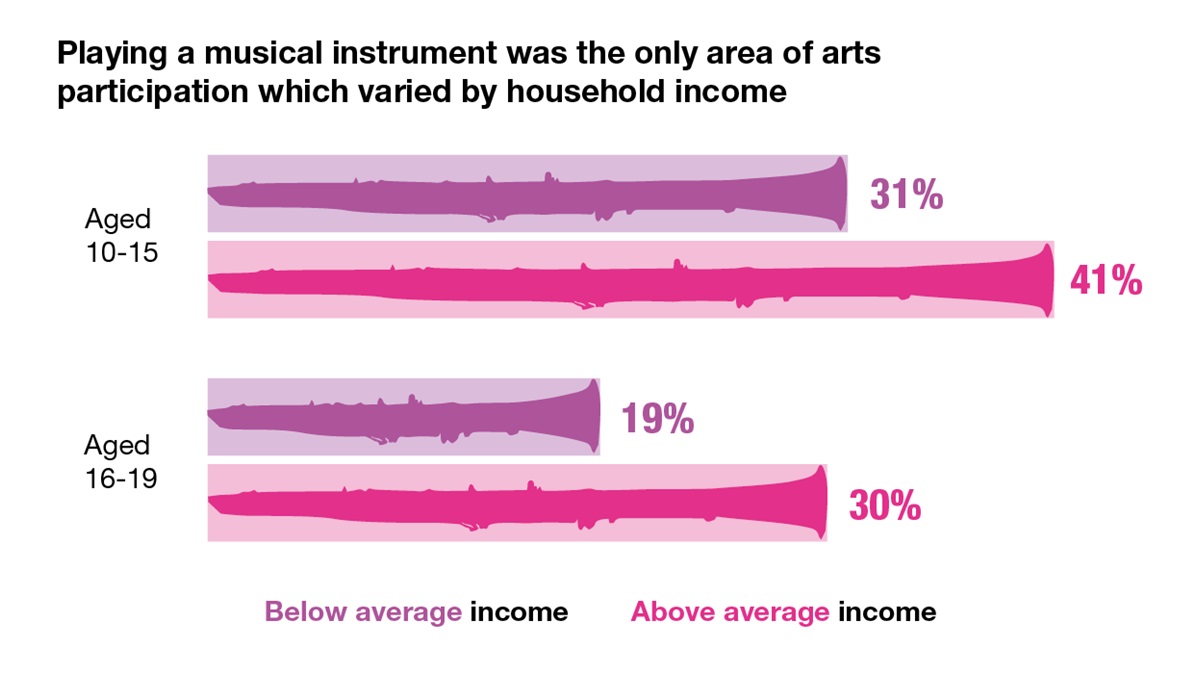 Young people from poorer households are also less likely to visit museums and galleries, the theatre or heritage sites. On the positive side, income makes no difference to the proportion of young people who accessed libraries. 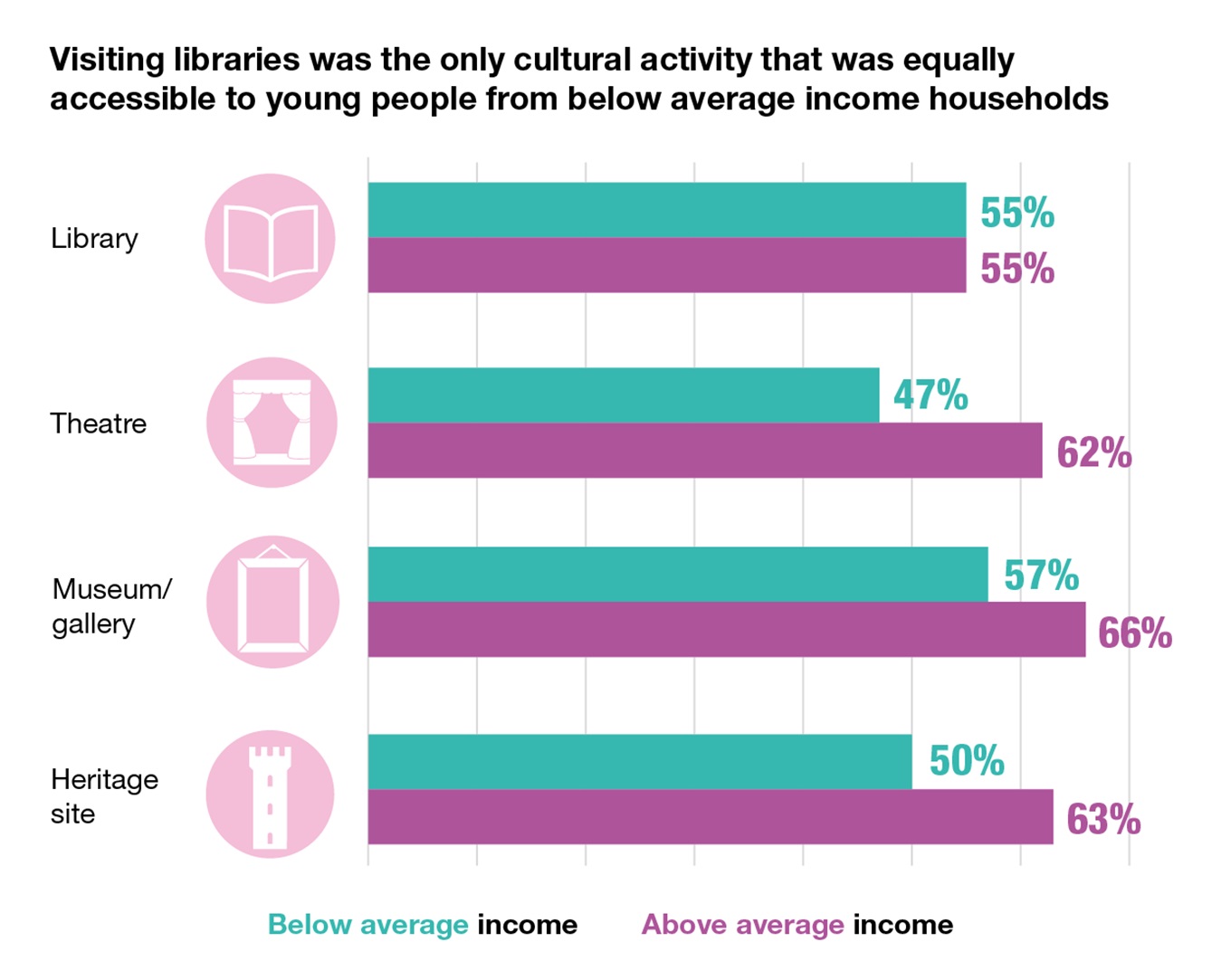 Disengagement from arts and culture is linked with lower educational aspirations, and less time spent on weekly homework. As with adults, there is evidence that different factors were at play for different groups. For example, watching a lot of TV does not significantly affect boys’ engagement in sports but it is linked to lower sports engagement among girls.

Young people living in rural areas are more likely than those in urban areas to engage in walking for pleasure, individual sports, out of school sports classes and frequent sports.

*Jane Lakey left NatCen shortly before this blog was published and now works for Defra.

How do people rate their wellbeing in different UK counties and local areas?

Music-making to improve wellbeing for people recovering from substance misuse

How can intangible cultural assets affect our wellbeing and loneliness?

How do people rate their wellbeing in different UK counties and local areas?