Will that Lamborghini make me happy?

Does owning a ‘high status’ good like a luxury car make us happier? In today’s blog Tony Beatton, Honorary Research Fellow at the Institute for Social Science Research, sets out why the wellbeing gains are temporary and one-upmanship will erode any pleasure gained.

Wellbeing economist John Helliwell at the University of Columbia, was recently asked by a journalist for some evidence on how the prevalence of luxury cars on the streets is likely to affect the average happiness of the population as a whole. He responded: ‘A good question, to which I do not know the answer. It requires considering the happiness of the owners and of all others who may see or hear them driving by.’

To help John and the journalist, we asked our World Wellbeing Panel to comment on the wellbeing arising from luxury goods. With aspirations of one day owning that Lamborghini, we expected our panel of economists to agree overwhelmingly that consuming status goods like luxury cars makes us happy. Well, we got that one wrong: of our panel of happiness experts, 31% disagreed or, like our good journalist, didn’t have an opinion one way or the other.

Ruut Veenhoven – Erasmus University, Netherlands – reminds us that we have an innate need for higher social status. The alternative – low status – is typically accompanied with bad outcomes, such as a shorter lifetime. Buying luxury goods is one of the ways to gain social prestige and self-respect.

Consequently, research shows typically a positive correlation with happiness, at least in the period soon after we buy that new car. Imagine driving your luxury convertible along a romantic coastline on a warm summer day. Ronnie Schöb – Frei Universitat, Berlin – says that it is certainly more rewarding than doing so in your standard middle-class car.

Our happiness ‘adapts’ to a new normal

In addition, Maarten Vendrik – Maastricht University School of Business and Economics, Netherlands – notes, the increase in happiness for the owner of a new luxury good is transitory. While the wellbeing of the buyer may rise because she likes luxury cars intrinsically, this gain disappears in the long run due to hedonic adaptation. Over time we adapt and take things for granted.

Ada Ferrer-i-Carbonnell – Institute for Economic Analysis, Barcelona – agrees: the positive effect for the consumer of the status good might be only short-lived if many others start consuming it. Anke Plagnol – City University of London – calls this a consumption rat race to ‘keep up with the Joneses’.

Paul Frijters, London School of Economics, gives an example of the ‘Joneses effect’ using research on the status effect of luxury cars. The study uses the happenstance that the Dutch postcode lottery randomly gives a luxury car to an individual in a postcode every month or so. The authors were able to track over time how the recipient’s neighbours reacted, finding that on average it increased the number of new cars that neighbours bought, to keep up with the Joneses.

While this extra consumption of luxury goods has a positive side – the cars and washing machines that were once considered status goods become more valuable products, not to mention the jobs the production creates – the ‘consumption arms race’ of materialism triggers pollution and environmental degradation, including climate change, the net wellbeing effect of status goods may indeed be negative.

Intrinsic and extrinsic motivation: why it matters

Materialism, the relative importance attached to extrinsic versus intrinsic life goals, has been consistently linked to lower wellbeing in several domains of life. Wenceslao Unanue – Universidad Adolfo Ibáñez, Chile – says that if the consumption of a status good is due to the search of extrinsic rewards, which is very likely, the effect on wellbeing will be negative. Bruno Frey – University of Basel – says that luxury goods are more strongly subject to decreasing marginal happiness than are more normal goods, like your favourite pasta.

Benjamin Radcliff – University of Notre Dame – explains: anyone with the disposable income to purchase status goods has very likely already exceeded the point where the curve connecting consumption to happiness has become nearly flat; more material possessions will not help. In other words, (upper) middle class people buying more ‘toys’ of any kind will not provide more happiness.

While this may be the case in Western cultures, Helliwell raises an interesting cultural difference. In comparing the motivations and consequences of luxury consumption in Western and Southeast Asian cultures, Wong and Ahuvia (1998) conclude that because the Asian interdependent self focuses more on the public, outer self than the Western, independent self, Asian group norms and goals frequently emphasise public and visible possessions.

Because economic status is a central social concern in these hierarchical and newly industrialised (or industrialising) societies, publicly visible markers are needed to communicate financial achievement in a concrete way. Therefore, Southeast Asians pay a great deal of attention to possessions that are both public and visible, such as designer-labelled goods, expensive cars, jewellery, and so on.

But this apparent materialism may or may not reflect internal personal tastes, traits or goals. Instead it may reflect the value that an interdependent self places on social conformity in a materially focused, family-oriented and hierarchical culture.

Overall, it is likely that, at least in the longer run, the net wellbeing effect of the consumption of status goods, like luxury cars, on the total wellbeing of the consumers of status goods and the people in their social environment jointly is close to zero. Mariano Rojas – Universidad Popular Autónoma del Estado de Puebla, México – says that this means that their positive impact on people’s wellbeing lasts as long as they are exclusive goods.

Furthermore, they may have an additional negative impact on the wellbeing of non-owners by raising their aspirations. Martin Binder – Bard College, Berlin-  summarises the majority view by stating: wellbeing gains are temporary and one-upmanship will erode any pleasure gained. But, maybe you are like the 23% of our experts who disagreed: every time you see that Lamborghini drive by, you enviously want one.

This blog was originally published by the World Wellbeing Panel.

What's the connection between personal and economic wellbeing?

How the environment gets into the body

Music, singing and wellbeing: what works? New review of evidence 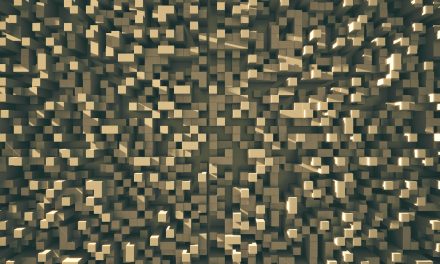