How are we doing? ONS update personal wellbeing indicators and figures at Local Authority level

How are we doing as a nation?  How is personal wellbeing in my area?

The Office National Statistics (ONS) has been measuring wellbeing, or “how we are doing” as a nation since 2011. By looking beyond traditional measures of progress such as a healthy economy, we can provide further information on what matters most to the UK public. The Stiglitz Sen Fitoussi report, published in 2009, first acknowledged this and evidenced the increasing gap between objective measures such as economic indicators (such as GDP) and subjective measures such as individual perceptions of wellbeing and progress.

The recent update to the ONS 41 indicators of wellbeing

highlights the differences between subjective and objective measures, such as

This is why we believe it is important to have wellbeing at the forefront of policy making, as by reporting only against traditional economic measures, we are painting a picture that may be misalig 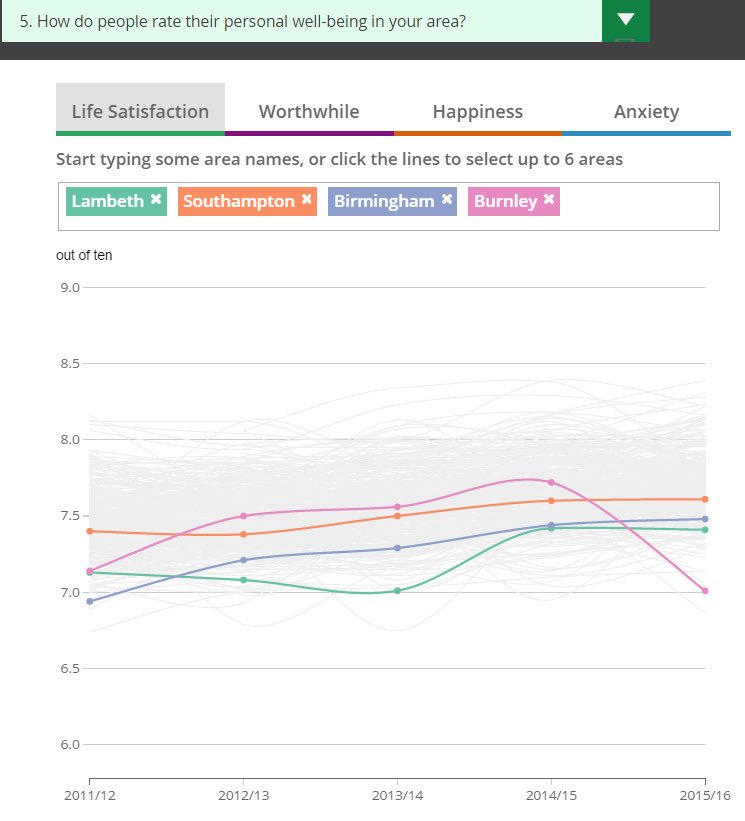 ned with how people are feeling and what matters to them.

How is my area doing?

The personal wellbeing indicators are one of the important ways in which we can measure, subjectively, how people are feeling in the UK.

The local authority personal wellbeing estimates released today, with an interactive map and explorer, allow policy makers, local authorities and individuals to explore personal well-being in their area, compare to other areas and track changes over time.

Using this alternative dimension, measures of wellbeing can provide a broader picture of local and national progress.