Untangling loneliness: what does it mean? How do we experience it across the lifecourse?

Today we publish a conceptual review on loneliness led by the Culture and Sport Evidence team. Our Wellbeing Analyst, Silvia Brunetti, talks about how the review explored the concept of loneliness and what this means in practice. It builds on the review of reviews on loneliness we published last October, which identified confusion in the research, policy and practice communities in defining loneliness in a clear and meaningful way. 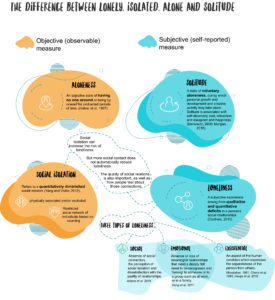 In practice, people experience a mix of the above. The three concepts are not mutually exclusive and there are overlaps between them.

Download the slide deck detailing the loneliness findings across the lifecourse for young people and mid life adults.

What does this mean in practice?

How we talk about loneliness influences decisions

The review looked at differences in concepts and language used in research and practice. The aim was to identify and address the complexities associated with loneliness for different people.This is incredibly important because the way we talk about loneliness influences decisions about how best to alleviate loneliness across peoples’ lives.

More research, policy and practice needed on all across loneliness types

There is a large body of research on conceptualising social loneliness which reflect the way in which we think about loneliness and how we act upon it. However, emotional and existential aspects of loneliness are fundamental and should be taken into account both in terms of research and measurement but also when designing policies, programmes, interventions etc. Therefore, there is scope in research, policy and practice to explore in more detail the different types of loneliness and their interrelationships to understand who feels lonely, when, where, in what contexts and what works to help them.

Evidence gaps in relation  to younger and mid-life adults

There were no studies that explored concepts of existential loneliness in young people, for example. We’ve outlined all the conceptual findings for these age groups in the lifecourse visualisation, and summarised the extensive findings for older adults detailed in the report. You can find the findings for all age groups in the full report. We are currently compiling the gaps in the evidence from this conceptual review. Look out for a gaps map coming later this year.

Such as the role of poor self-reported health – and some differences – like age. 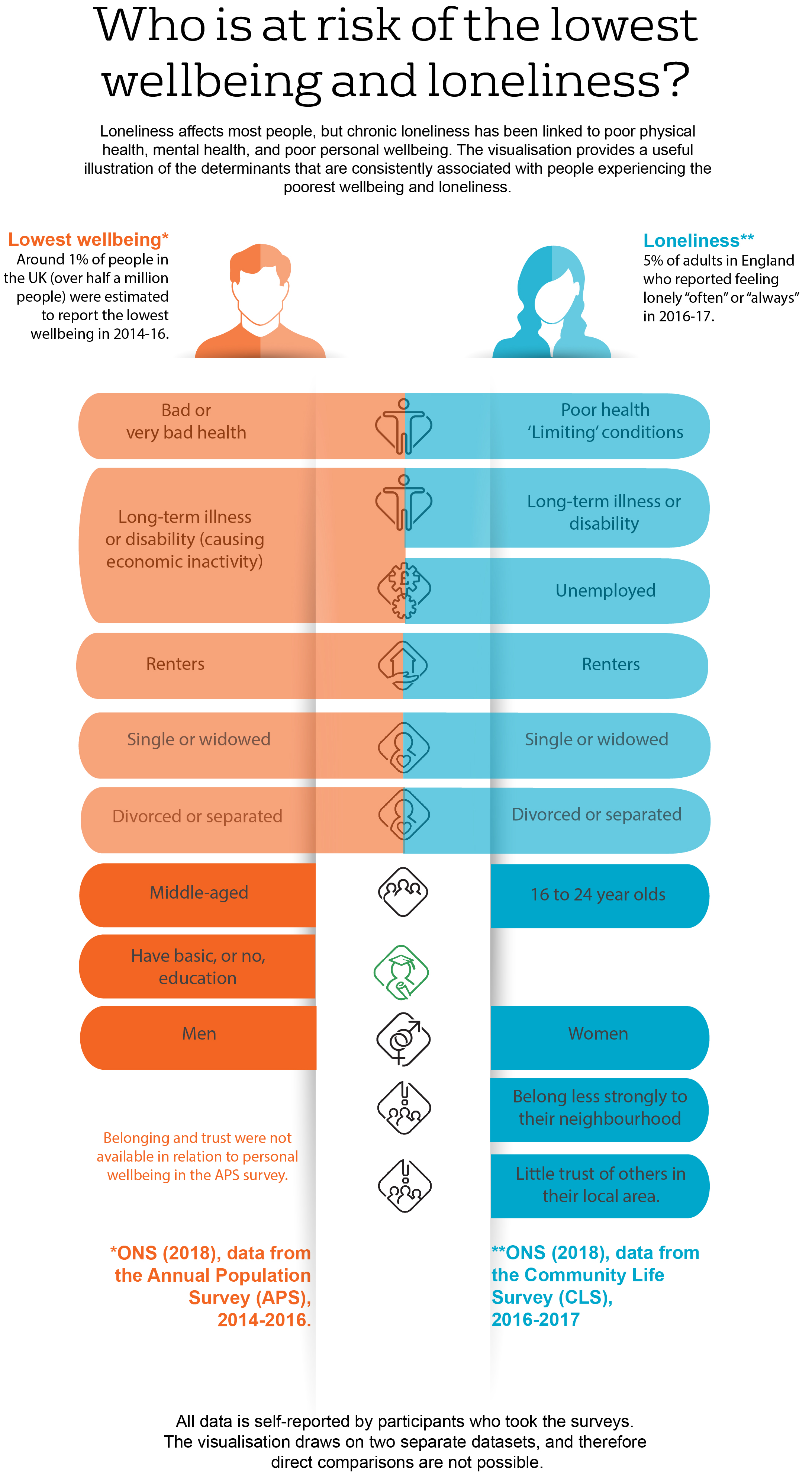 Understanding the difference between social isolation and loneliness

Read the practice example
Dig into the loneliness evidence base
What works to boost social relations?
What's the link between place, spaces and social connection? 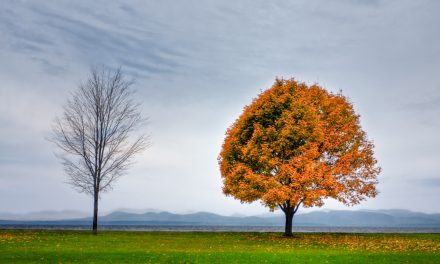 Do scenic spots benefit our health? 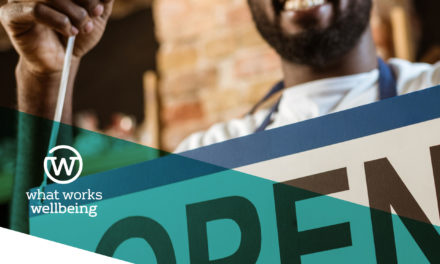 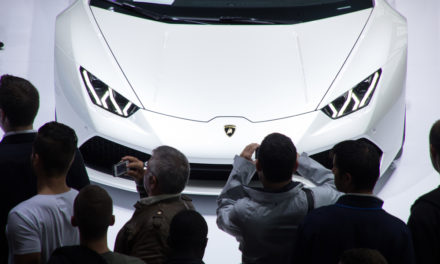 Will that Lamborghini make me happy? 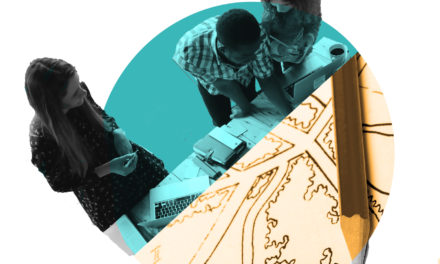