Home > Blog > Wellbeing of children in the UK: influential factors and fears about the future

Wellbeing of children in the UK: influential factors and fears about the future

Today’s blog is from Dr Louise Moore who is a Senior Researcher at The Children’s Society working on wellbeing and mental health. She reflects on the findings from the charity’s most recent annual Good Childhood Report, which looks at the subjective wellbeing of children in the UK.

Since The Children’s Society started its programme of work on the wellbeing of children in 2005, there have been vast changes to children’s lives. Not least, the rise in their use of social media, and changes to schools.
How do these changes make young people feel? This Wednesday, The Children’s Society published its eighth Good Childhood Report looking at the subjective wellbeing of children in the UK. The report makes use of the most robust data sources on this issue, including the Millennium Cohort Study (MCS) and Understanding Society (UKHLS). 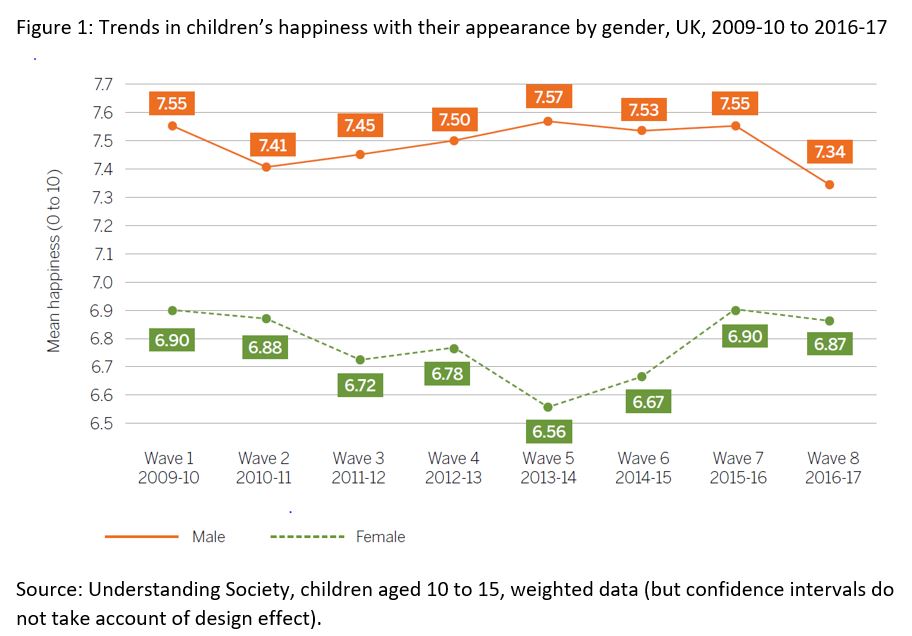 Note: The 7-point scale (1-7) used for these measures in Understanding Society, where higher values represent lower happiness, has been reversed and converted to an 11-point scale (0 – not at all happy to 10- completely happy) to ease interpretation and comparison with other measures presented in The Good Childhood Report.

So what new information does the report provide to explain patterns in children’s wellbeing?

Previous Good Childhood reports have highlighted a range of influences on children’s wellbeing, including bullying, material deprivation, and multiple disadvantage. This year’s report also looks at factors that may affect how children feel about their lives: 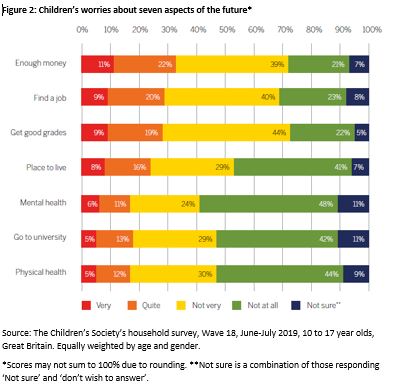 What are the implications of the findings from this year’s report?

We know that children’s happiness with their lives has fallen and that we must take action to try to address this. We need to better understand, for example, why children feel less happy with their friends, given how important relationships are to their overall wellbeing.

You can find The Good Childhood Report here.

Where to start in measuring children's wellbeing?

Senior Researcher at The Children’s Society working on wellbeing and mental health.

A decade of subjective wellbeing data

Beyond the averages: the relationship between higher education and wellbeing

Where to start in measuring children's wellbeing?