Scottish Student Sport (SSS) was established in 2011 and acts as the coordinating body for student physical activity and sport in Scotland. The Scottish Active Students Survey (SASS) was born of a desire within Scottish Student Sport to gather greater evidence of the benefits of sport and physical activity ­ and a wish to gain better insight into the habits and experiences of Scotland’s 16+ student population.

The SASS was developed to better comprehend the links between sport/physical activity and a number of considerations, including: health and wellbeing, social inclusion, achievement, and personal development. Following an earlier systematic review (Mansfield, Kay et al., 2012) it was clear that the direct evidence linking physical activity and sport to positive outcomes relating to the student experience (health, wellbeing, employability, attainment) was relatively sparse.  The SASS, conducted in 2016, looks to obtain direct responses from students and start to develop some greater understanding in this important area. Thus cementing SSS’s commitment to wellbeing and creating a more robust evidence base for the links between its work (and that of its members) and the modern student experience.

It is intended that the findings from SASS can perform a number of functions in policy and practice within sport and education in Scotland. These include: providing Colleges and Universities with a greater understanding of the importance of physical activity to their students; providing Scottish Student Sport with further evidence to support future funding of physical activity and sport across its organisations and membership; and generating a baseline understanding of the activity levels and habits (and the associated wellbeing benefits) of the student population, which can be measured over time.

Scottish Student Sport were able to identify two key partners in order to make the wide-ranging survey possible – Precor, who have sponsored the research, and UK Active who led on the design and will complete the analysis. This has been extremely positive for all parties and may provide a blueprint for future work in this area.

The focus on wellbeing

The survey was constructed to include various standard physical activity and wellbeing measures, alongside gathering information about individuals’ type of activity, educational commitments, self-reported skill acquisition, and motivations. The SASS included the ONS wellbeing questions concerning worthwhileness, life satisfaction, happiness, and anxiety. Measured on a scale of 0 (not at all) to 10 (completely), respondents were asked: how satisfied they are with their life currently; whether they feel the things they do in life are worthwhile; how happy they felt yesterday; and how anxious they felt yesterday.

The survey also included wellbeing questions related to: belonging, positive change, enjoyment, and social inclusion. For example, respondents were asked to respond on a scale of 1 (not at all) to 5 (a lot) ‘if their thoughts or feelings about their life/future changed positively as a result of being involved in physical activity’.

The survey was distributed widely across sporting and non-sporting student groups in November 2016, and was open to respondents for one month. The SASS was shared with Universities and Colleges via SSS and their partners, including the National Union of Students (NUS). University and College principles were also contacted in advance of the survey start date and it is anticipated that these gatekeepers shared the survey within their own networks. Prizes (totaling £500) were used as an incentive to participate.

SASS achieved a total of 5,178 responses from Colleges and Universities in Scotland (n=35). The majority of respondents (66%) were aged between 18-22, were predominately white (88%) and female (61%). Only 46% of respondents were meeting Chief Medical Office guidelines for physical activity, with 11% participating in less than 30 minutes of physical activity per week. 49% of the respondents were gym and sports club members, 18% gym members only, and 14% club only.

The analysis is yet to be completed but early findings seem to support a direct link between levels of activity and wellbeing. Active students (150+ minutes physical activity per week) scored higher in life satisfaction, worthwhileness and happiness, whilst also conveying a lower degree of anxiety than inactive students (less than 30 minutes per week) and insufficiently active students (30-149 minutes per week) ­ albeit with a baseline that is well behind the wider national average in each category.

Detailed findings will be published during Spring 2017 and used as a positive stimulus for future research, influence of policy, and to underpin the business case for continued investment in what seems a crucial area for the wellbeing of a large and significant section of the Scottish population. 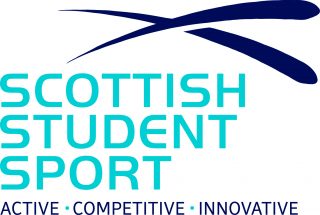