The Treasury developed the Living Standards Framework over a number of years.  After its inception in 2011, it was re-released with the Dashboard of indicators as a comprehensive framework for measurement and analysis of current and future wellbeing and their resilience. It supports the New Zealand Government’s ‘Wellbeing Budget’ in 2019.

The Framework project has been running from 2010 until the present and is ongoing. The cost consists mainly of Treasury staff time. The budget for the core team that produced the Dashboard is in the order of NZ$ 0.5-1m each year, but not all of the team is dedicated to Framework.

The Treasury and the New Zealand public sector was the setting for the project.  Participants in consultation and feedback included representatives from academia; non-profits and charities; the business sector; the OECD; and civil society. We expect that the Dashboard will be of interest to the New Zealand general public as well as internationally.

The aim of the Living Standards Framework Dashboard is to improve the quality of Treasury advice, by bringing a comparable degree of analytical rigour to assessing the expected benefits (monetary and non-monetary) of policy interventions as to the fiscal costs. Measurement and the use of evidence and clear intervention logics are a key part of the development.

The new government coming into power at the end of 2017, with its intention to deliver a ‘Wellbeing Budget’ in 2019, gave considerable impetus and focus to the development work needed to support this goal.

How does it work?

The Dashboard is built around three elements: current wellbeing, future wellbeing, and risk and resilience.  We used the domains of current wellbeing in OECD’s How’s Life? approach, augmented with a domain of ‘cultural identity’ to capture elements of culture specific to New Zealand and relevant to wellbeing. We undertook theoretical work addressing the nature of the ‘Four Capitals’ underpinning future wellbeing – Human, Social, Natural, and Financial and Physical Capital, and the concepts of risk and resilience of wellbeing.

The Dashboard was implemented within the Treasury in November 2018, and subsequently made publicly available. It allows the user to interactively interrogate, through different visualisations, different indicators of current and future wellbeing, with comparisons through time and against the rest of the OECD. The choice of indicators was informed by a report and proposal by an independent expert, on which the Treasury sought public comment. We also consulted with a wide range of experts and stakeholders as part of the process.

The findings from the development of the Dashboard were used to support the production of 2019 ‘Wellbeing Budget’, which is ongoing at the time of writing. LSF work has contributed to the setting of Budget priorities and the process by which CBAx, one of Treasury’s Social Cost Benefit Analysis tools, is used to analyse bids and inform Budget advice.

The Framework and Dashboard are key outcomes in strengthening the Treasury’s analytical toolkit. Although the LSF is primarily a Treasury tool, we welcome other Ministries and researchers using it. The overall outcome sought is improvement in the quality of our advice and the quality of government decisions. Work continues on a number of concepts that could be more strongly reflected in the Framework. The Framework and Dashboard will be reviewed and updated in 2021.

The next key milestone is the ‘Wellbeing Budget’ in May 2019.  The LSF and Dashboard will be reviewed and updated in 2021.

To find out more

We keep our website updated, and a series of Living Standards Framework Discussion Papers and a Treasury Paper on the LSF are also available.

You can also email us at: cea@treasury.govt.nz 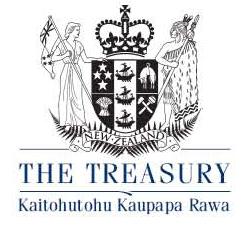