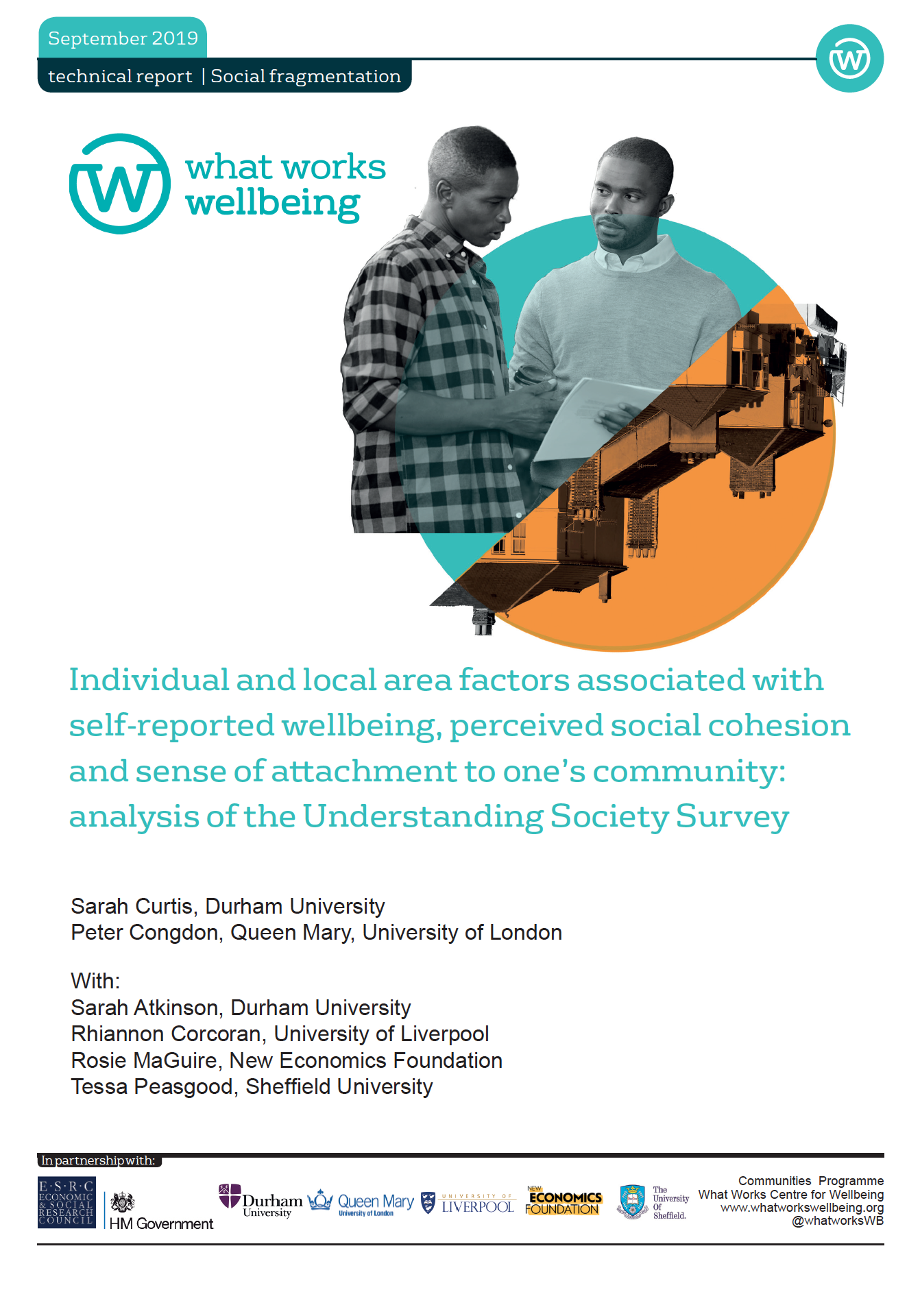 The findings reported here are from an analysis of data from the Understanding Society Survey (USS) [1]
which follows a large sample of people from across Britain over time. This study was undertaken to examine
questions likely to be especially relevant for those working in the field of public health intelligence, using
small area statistics to identify localities where interventions may particularly need to be targeted in order to
reduce inequalities in wellbeing across England.

The main research questions were:

The findings reported here relate to over 17,000 individuals living in England (a subset of people surveyed in
USS), for whom we have complete data on the variables of interest, collected over time.

– Those living in areas with worse Index of Multiple Deprivation (IMD) scores, and in areas with higher
Social Fragmentation (SFI) Scores reported lower levels of social cohesion in their area and weaker sense of attachment to their neighbourhoods. SFI scores significantly predict perceived cohesion and attachment, in addition to IMD Scores.

– Those living in areas with worse IMDs scores reported lower (worse) wellbeing scores in survey wave 4 and less positive rates of change in wellbeing by wave 7, when all of the individual attributes are taken into account. Some domains of the IMD2010 index are more relevant for predicting wellbeing than others.

– Perception of social cohesion and sense of attachment to one’s neighbourhood were associated with self-reported wellbeing (as reported in subsequent USS).

Centre Blog
Jan 5, 2023 | By What Works Centre for Wellbeing

What’s coming up in 2023: Wellbeing projects, conferences and seminars