Wellbeing: should we be using it to ‘monetise’ non market activities?

As part of our Measuring Wellbeing series, we give space to thought leaders from different sectors to share insights, new perspectives and fresh ideas on how we understand, measure and improve wellbeing. In this week’s guest blog Paul Frijters, co-director with Richard Layard of the CEP-LSE wellbeing group, responds to last month’s blog from Dan Corry, which suggested that adding a price tag to wellbeing risks overselling and misunderstanding its true value.

Last month’s blog comes at a time when there is an increasing appetite to place real value on wellbeing as an outcome for individuals and for society. Dan Corry suggested that we are ‘pushing too far’ when we try to express this value in monetary terms, but I disagree – there has already been enormous progress made in measuring and understanding wellbeing. These are the building blocks required for monetisation, which if we do push forward – can make a really important contribution to our society, particularly to inform difficult decisions which involve substantial budget trade offs.

The building blocks for monetisation – the relationship between money and wellbeing

The number of estimates in the literature for how important money is for wellbeing runs in the thousands. All manner of data and methodology has been used to estimate that relationship, and the vast majority of studies has poor data and worse methods. Most studies look at how household income reported in a survey changes over time and then relate that to how stated happiness or life satisfaction (the key measures of wellbeing) change over time.

One key problem is that reported household income changes for reasons that have nothing to do with how financially well-off a household is over time and these reasons can have their own effect on wellbeing. Reported income drops at retirement due to the drop in earnings, though happiness levels and basic consumption levels do not as the retirement was planned for and saved income gets drawn. Reported income skyrockets when a student finishes education and goes into the workforce, but of course that increase in income comes with hard work and many more responsibilities (like young children).

Incomes measured in surveys also miss large parts of the financial fortunes of households, such as changes in the value of their house or their pension wealth due to how well their pension fund has done. Indeed, almost no-one is truly well-aware of what their full household income is as many individuals struggle to recall how much holiday stipend they get, what their spouse earns, how their pension fund has done, what the value of company car might be in terms of income, and how much tax they actually paid.

So it is no surprise that you indeed get thousands of estimates of the importance of income that say income and wellbeing are only weakly related for an individual. That is exactly what you’d expect if you look at something that is measured with so much error.

That also holds for relationships studied across the social sciences, such as the determinants of GDP, on which there are by now thousands of papers vigorously disagreeing with each other, very few of which get taken seriously.

As in other social sciences though, the best studies that look particularly at this issue are far more careful with data. They look for sources of income changes that are not related to changes in household composition or what a person remembers. They identify things that are like experiments: accidental increases and reductions in the household budget. Lottery wins are a classic example of accidental increases, whilst unexpected large expenditure (such as on health or due to something expensive needing to be replaced) are examples of ‘somewhat’ accidental decreases (where the researchers of course control for health levels). The estimates of the effect of change in income from those studies, such as Gardner and Oswald (2007) and Huang et al. (2018) are much closer to what you’d expect people to experience.

Those studies also find that it matters whether people are alerted to the costs of something: when alerted to a new cost, like the Poll Tax, they get far upset about it than if they didn’t notice it, for instance because the share market has crept down. I, for instance, know that my international portfolio of assets changes regularly with large amounts due to exchange rate fluctuations, but because I don’t check I basically am unaffected by large swings in my wealth that would upset me tremendously if someone stole them from my pockets!

It also rather matters whether one gets more money or money is taken away: we humans notice a pound taken away from us (as with additional taxes) a lot more than we notice an additional pound in our budgets, essentially because we have to give up something if we have less than we thought, which is painful.

Finally, what happens to others matters a lot to people. If we all reduce in incomes, such as via a reduced value of the pound versus the euro, we hardly care because we have kept our position relative to others. But if we are the odd-one out, we feel the pain far more acutely.

All these issues above are known and debated in the literature.

The assumption that if wellbeing is going to be taken seriously, it will start to be ‘gamed’ by groups and institutions wanting to exaggerate their importance. They will tilt measurement and methods towards what suits their interests. We cannot let individual departments and interest groups decide for themselves what the wellbeing value is that their policies generate, because they will then exaggerate in order to get more funding. They will be selective about the literature they use, and they will also be judicious in terms of the commercial groups they pay to ‘discover’ how much wellbeing their activities generate. I completely share the concern that if we let this kind of thing escalate, then that is a threat to the whole notion of using wellbeing in policy.

However, I do not see this as a sign of the imminent demise of wellbeing, but of the fact that it is starting to be taken seriously. Abuse of measures and methods comes with that territory. What matters gets manipulated, and we should not react to that by throwing our hands into the air and give up on the idea of wellbeing, but rather we should have an institution that gathers the best evidence. The What Works Centre for Wellbeing has independent experts sifting and analysing the evidence so that we come up with a credible number to be used by all departments arguing a wellbeing case.

This is precisely what is normal in health. The whole purpose of the NICE institution is similarly to have experts sift through claims as to the health benefits of procedures and medicines, and then to make purchasing decisions on the basis of that advise. Whitehall has adopted particular numbers as their best estimate for how much health is worth and departments are more or less forced to think in terms of how many ‘Quality Adjusted Life Years’ worth of health their policies generate, which are then worth a certain amount in pounds.

We don’t give up on the concept of health because there are lots of interest groups who wish to make exaggerated claims as to how much health they generate and what that is worth. Nor should we give up on wellbeing, which is even more important than health.

We already have some meaningful estimates

The example  of volunteering in the UK claims to be worth 70 billion doesn’t sound  absurd to me, but then, the Cabinet Office in 2013 funded a survey that found around 23 million people volunteer at least once a year in the UK, and 15 million volunteer at least once a month. It doesn’t sound absurd that the value of this volunteering would be £3,500 per volunteer per year. Indeed, if we think of volunteering in a much wider sense, and count the effort that adults put into their children and elderly relations, the value that is claimed seems absurdly small.

Building on the evidence so far and what we already know about the importance of wellbeing and how to measure it, we should thus, like in health, standardise measurement and adopt best-practice in analysis such that we get acceptable numbers for the importance of key factors in wellbeing, such as money. One of the things that the What Works Centre has thus been advocating in the last year to Whitehall is that it should commission studies into key numbers important to the use of wellbeing when arguing for public resources.

This is how we make progress.

This blog and Dan Corry’s blog are part of our Measuring Wellbeing series to provide a space to start a discussion on how we understand, measure and improve wellbeing. Read Dan Corry’s original blog Wellbeing: Should we really be using it to ‘monetise’ non market activities?

Add your voice to the discussion 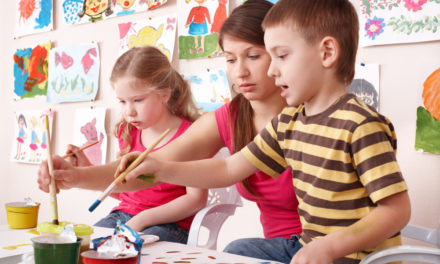 Measuring impact of the arts as a creative learning charity

What can we learn about wellbeing and social capital from South Australia?