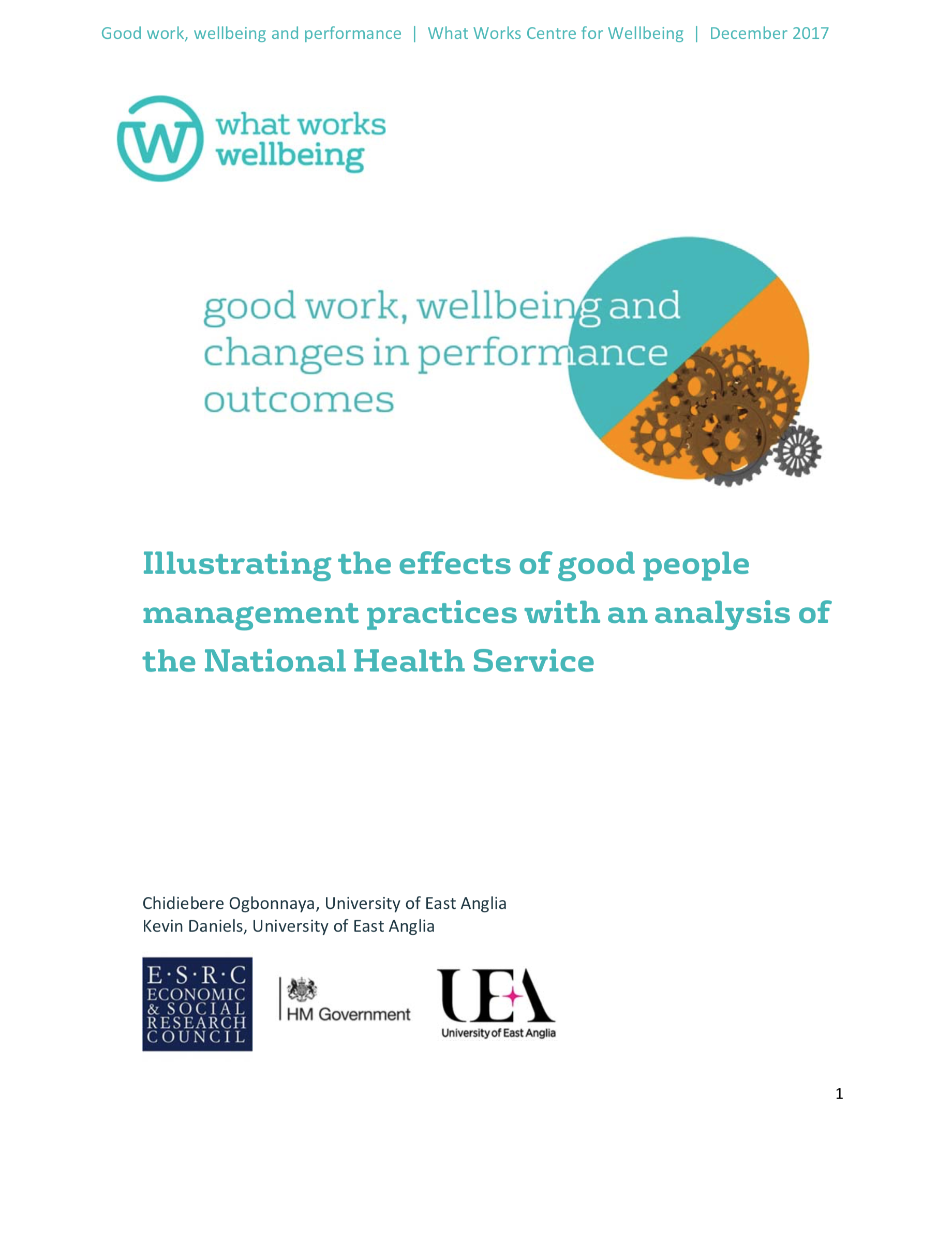 This report illustrates the effect of good people management with an analysis of the National Health Service.

No link was found between people management practices and patient mortality.

Are the Olympic Games Worth Hosting?

What Do We Know About ‘Good Work’?

Centre Blog
Close About The Report

Amongst peers and professionals: Learning from what we seek in online discussions of death and dying

School-based interventions: what works for young people’s health and wellbeing?

How can ‘nature connectedness’ improve wellbeing for people and nature?