You may also wish to Read the blog article on this document.
Home > Resources > The social value of place-based arts and culture: rapid review and synthesis
December 2022

The social value of place-based arts and culture: rapid review and synthesis

We conducted a rapid review of the wellbeing evidence from place-based arts and culture interventions.

We found that targeted museum-based interventions with a volunteering or social prescribing component lead to improvements in subjective and mental wellbeing for people with low wellbeing, particularly when they:

We also found that increased cultural participation through mega-events leads to:

We worked with the Institute for Cultural Capital (ICC), funded by Spirit of 2012 and University of Warwick/Arts and Humanities Research Council (AHRC).

Arts, culture and heritage contribute to our national wellbeing and its drivers, and are recognised as one of four key policy areas for wellbeing.

From our previous reviews on visual arts, music, heritage and community engagement in arts and culture we
know that:

There is significant policy and academic interest in cultural mega-events as catalysts and testing grounds for city-wide interventions that can generate social value for a range of stakeholders in a place.

As Coventry City of Culture (CoC) 2021 drew to a close, we wanted to connect interesting research findings with priorities of policy-making.

Evidence reviews can generate further insights on what works, for whom, how and at what cost. This evidence can then be mobilised by policy actors and used to inform spending decisions.

Looking at engagement in arts and culture within neighbourhoods offers nuanced insight into social inequalities and the ways in which policy impacts can differ between geographical places and populations.

The rapid review searched for evidence of wellbeing effects of place-based arts and culture interventions at the individual, community and national level, in the UK and across Europe.

It built on findings from previous evidence programmes by:

The evaluation research of place-based arts and culture is multidisciplinary. It uses both quantitative designs and qualitative techniques to look at how and why wellbeing improves.

The study aimed to understand:

The review searched systematically across peer-reviewed, published and grey literature to identify evidence on the effectiveness of interventions on standardised individual- and community-level outcomes.

The Centre led a Call for Evidence and acted as second reviewer for the grey literature studies. It also provided a
data extraction template quality assurance framework and final review.

The narrative synthesis was guided by the 10 domains of UK’s National Wellbeing Framework, and Centre interest themes developed in line with AHRC research priorities. It aimed to identify the impact of interventions and the factors shaping their implementation and success.

The Studies, Data, Methods, and Outcomes (SDMO) approach was used to describe studies and theme categories. Subtheme categories were developed iteratively regarding modes and loci of intervention.

For studies that included a qualitative component, a grounded theory approach was used to identify wellbeing constructs that emerged from the data.

From 937 initial results, full reviews were conducted on 63 studies, 14 of which were included in our final set as shown in the Prisma flow diagram below (figure 1).

The interventions included in our review were delivered largely in the UK (10 studies of 14) between 2013 and 2022. 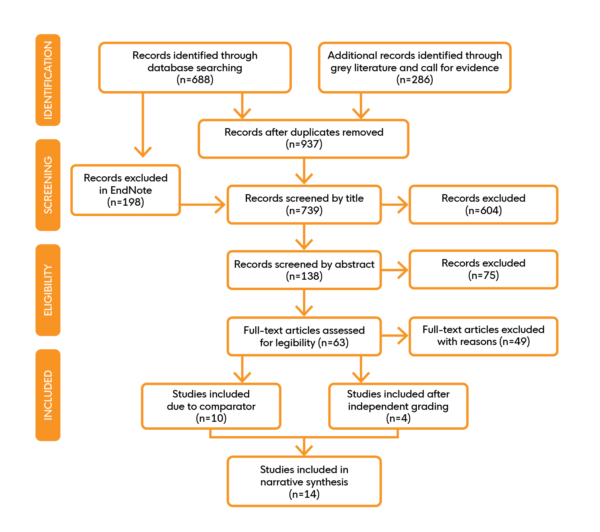 Close What we did

What did we find? 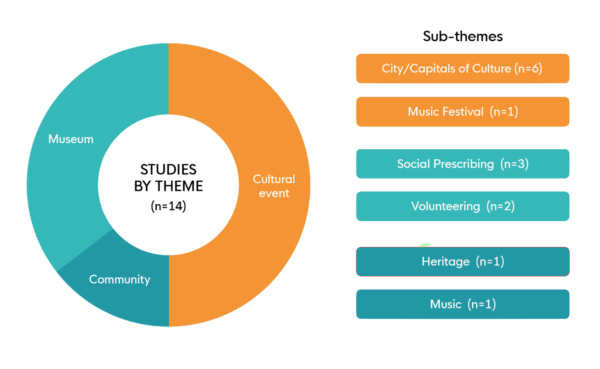 Fig 2. Studies included in the review, by theme and subtheme.

For an exhaustive discussion of findings, you can read the full report.

Below we highlight a selection of relevant findings that have the potential to move the evidence base forward.

1. Sense of purpose and mood

The positive mood-based effects of museum and community-themed interventions was seen in four studies, with ‘happiness’ and ‘feeling cheerful’ being the most common areas of improvement.

Increases in a perceived sense of purpose was reported in three studies, all of which had a volunteering component.

These included two high-quality studies of museum-based interventions where:

There is a lack of evidence on the positive effects of place-based arts interventions on life satisfaction. There is some evidence on adverse effects.

3. Other drivers of individual wellbeing

Self-confidence, self-esteem and resilience were key outcomes in museum-based volunteer programmes and in the two community-based interventions that used place-based narratives and to engage children and adolescents. These both fostered creative processes through arts and technology, improving mental wellbeing.

The strongest evidence on wellbeing improvements is from museum-based interventions that generate:

Interventions included volunteering or social prescribing projects, all of which have a social inequalities focus. Social prescribing is a process where health or social care practitioners refer people to a service or a source of support, such as a voluntary group or arts and culture activity.

Arts on prescription programmes provide a referral route from GPs to museums and other cultural institutions. The review identified evidence that such interventions target social inequalities/individuals with low wellbeing, including older adults at risk of loneliness or social isolation, armed forces veterans and long-term unemployed adults.

Evidence suggests that volunteering practices can play a role in mitigating social inequalities in projects where museums act as anchor institutions with enabling social contexts.

Evidence on the effectiveness of cultural mega-events revealed a mixed picture. Weakness in study design makes it difficult to accurately assess the contribution of CoC/ECoCs to wellbeing.

While it is not possible to say definitively that CoC/ECoCs generate improvements in subjective wellbeing and loneliness for host city residents, there is some evidence of bridging social capital outcomes during the hosting period.

Community cohesion, connectedness and pride are reported as legacy outcomes following CoC/ECoCs and may be driving cultural participation locally. Although results on effectiveness of CoC/ECoCs on cohesion and neighbourhood belonging outcomes are mixed.

Festivals are an integral part of CoC/EoC programmes. Evaluation data from five editions of La Notte della Taranta (2007-2011) – a traditional music festival held in Southern Italy – suggest that shared celebration during events, when rooted in local culture and heritage, can enhance social capital by increasing levels of ‘instantaneous trust’ reported by festival attendees.

In the disadvantaged area of Kirkdale in Liverpool (ECoC, 2008), the sense of community was the highest compared with other areas in the city, following higher engagement in ECoC community-based activities in collaboration with local cultural organisations.

By the end of the Hull UK CoC 2017, over a third of city residents reported feeling more connected to their local community, more confident about running activities in their community, and prouder of their contribution.

Residents of Maribor (ECoC 2012) who participated more actively in ECoC-related events reported higher community pride by the end of the ECoC year compared with the rest of Slovenia.

How interventions work: enablers and mechanisms of success

Evidence across 14 studies suggests that the potential for improving wellbeing through art participatory practices can be enhanced when:

Close What did we find?

The studies identified suggest that interdisciplinary research and multi-dimensional evaluation designs can generate rich insights on what works to improve wellbeing in arts and culture interventions and how.

The use of consistent wellbeing measures to capture individual, community and city-wide wellbeing outcomes can make research more comparable and support evidence-based decision-making in cultural policy and beyond.

For researchers and evaluators

We encourage the employment of multidisciplinary research, using a broad range of well-tested designs.

For evaluators of cultural mega-events, there are obstacles for the contribution of large scale and city-wide events:

For funders and decision-makers

We encourage the use of rigorous and unbiased evidence from arts and culture interventions to design, fund and deliver programmes that can improve subjective wellbeing and social capital outcomes.

Participatory art practices that are community and participant-centred, flexible and encourage strong partnership working may be particularly valuable to engage individuals from disadvantaged backgrounds. Long-term and sustainable interventions must facilitate access to and participation in arts and culture.

Building in legacy learning means arts and culture policies and funding can continue to act as testing ground for how to successfully embed systematic evaluation. This will grow understanding of how place-based arts and culture affect our quality of life and inform policy and investment decisions.