You may also wish to Read the blog article on this document.
Home > Resources > Briefing: Different People, Same Place
March 2022 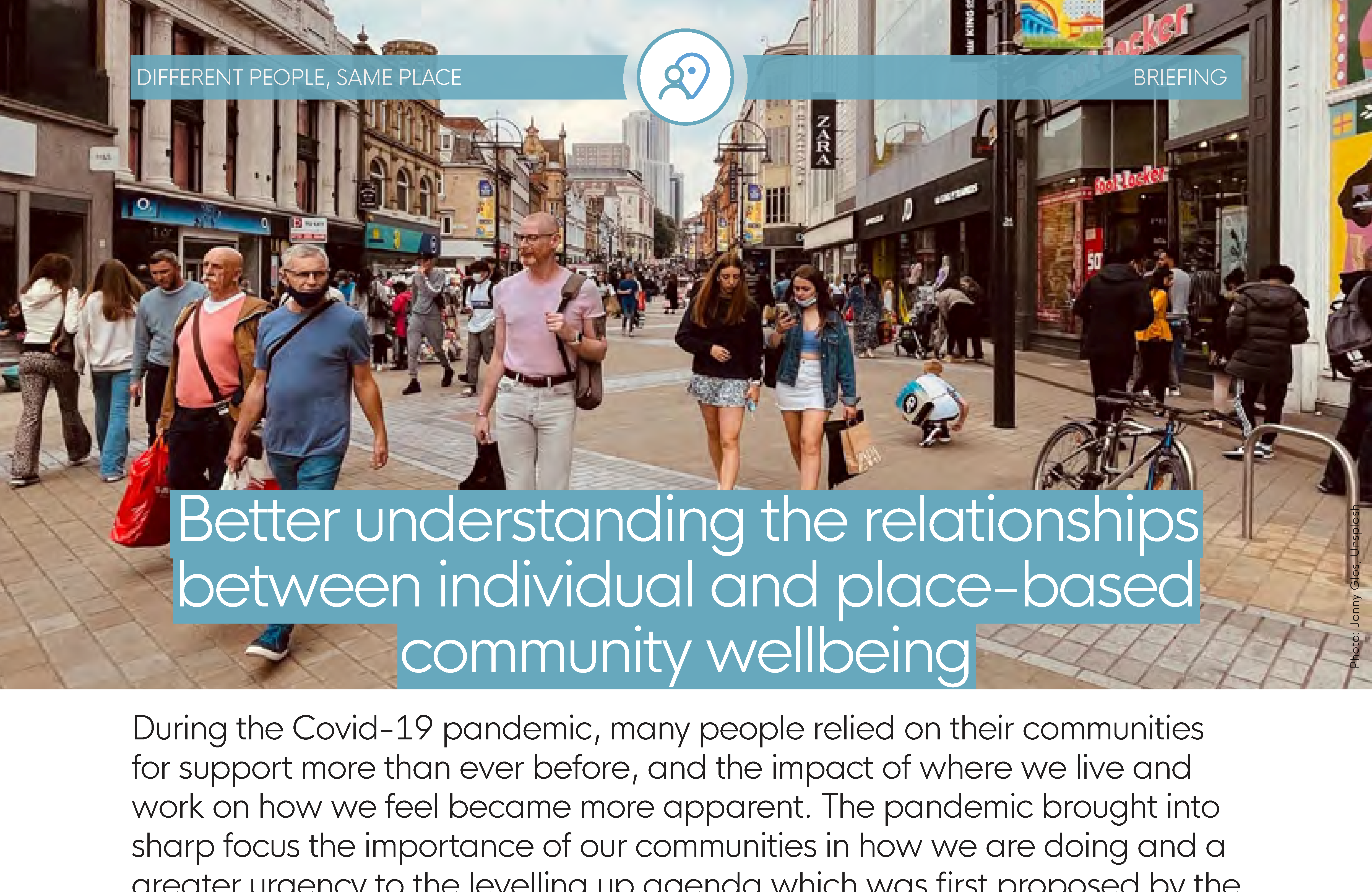 Better understanding the relationships between individual and place-based community wellbeing

During the Covid-19 pandemic, many people relied on their communities for support more than ever before, and the impact of where we live and work on how we feel became more apparent. The pandemic brought into sharp focus the importance of our communities in how we are doing and a greater urgency to the levelling up agenda which was first proposed by the UK Government prior to the pandemic.

The UK Government’s commitment to levelling up is now set out in a comprehensive White Paper at the heart of which is a recognition that not all places benefit from the same physical and social infrastructure, and people’s sense of pride in and connection to their communities is not equally distributed (1). These features of community are all understood to be aspects of overall “community wellbeing”.

This understanding can inform those designing and delivering community based interventions to address key priorities such as increasing wellbeing, supporting levelling up or building community cohesion.

Feeling good and functioning well. Affected by internal and external factors such as the physical and social context of the place where we live and personal relationships.

This is how we are doing as a community. It is about how a group of people are doing as a group and goes beyond just adding up the individual wellbeing of the people in that group, to include considerations of how wellbeing is distributed. In this study we defined community wellbeing by thinking about subjective and objective aspects of wellbeing that are of interest at the community level as opposed to at the individual, national or international levels.

How we’re doing as individuals, communities and as a nation, and how sustainable that
is for the future.

A new model for community and individual wellbeing

In 2021, we conducted an evidence review and expert consultation which drew together the best current understanding of how individual and community wellbeing are related.

While the work demonstrated that separating individual and community wellbeing is challenging, a simplified model was designed to show how it might be done. Showing the connections between the two, it separates subjective and objective factors at the individual and community levels, as well as the ‘link’ or mechanisms through which these interact. The model can be explored in detail here and the technical report can be found here. 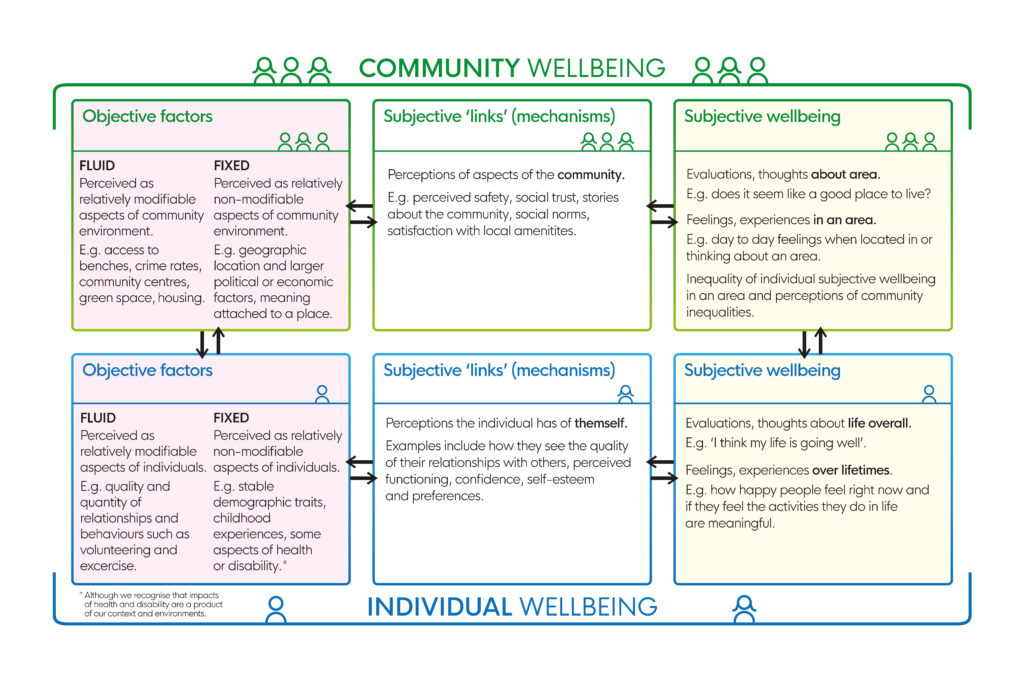 Figure 1: Box model of the relationships between individual and community wellbeing

Close A new model for community and individual wellbeing

A tool to improve community and individual wellbeing

People working in communities can draw on data about their local area and evidence from other studies to populate the model in relation to their area of focus.

This can help to:

While the model can support the exploration of these topics, it can’t tell communities what to do. We do not yet have enough robust data at place level to populate the model with all of the factors of interest and more research is needed to establish their interrelationships. That said, our study did start to explore a number of factors and found some interesting results.

Close A tool to improve community and individual wellbeing

Through the project, some of the relationships set out in the model were investigated where relevant data was available at Local Authority level. The data came from the ‘Understanding Society’ survey from 2014–16.

This survey asked people about whether they liked living in their neighbourhoods. It also asked questions about volunteering, voting, and socialising with neighbours. This identified some important relationships between objective community factors and both individual and community level wellbeing (3):

Our analysis threw up some unexpected findings which we decided to investigate further. For example, it showed that areas with higher numbers of walkable assets (4) were associated with lower individual and community wellbeing.

This finding seemed counterintuitive, so we undertook further analysis to see if there might be another confounding factor that could explain this relationship. We found that when we controlled for “perceptions of safety” within the community along with other factors these relationships were no longer seen. This suggests that we should not assume that it is the number of walkable assets that is associated with poorer wellbeing.

Different experiences in the same place

The analysis also found some important relationships showing that different people in the same place may be impacted differently by changes in the objective features of their community:

“The research showed that some of the subjective factors proposed as ‘links’ were mediating the relationships between objective community factors and subjective individual and community wellbeing.”

It also showed some of these seemed to be more important than others:

Through our qualitative interviews and discussions with stakeholders, including people working in local government, policy, academic and the VCSE sector, we found that:

The work has highlighted areas of research for further exploration and actions people working in communities to improve wellbeing can take.

Also in this project

Learn about and download the Model of Individual and Community Wellbeing

Close Also in this project